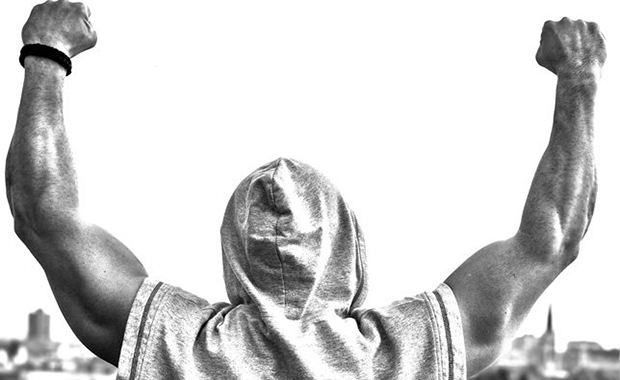 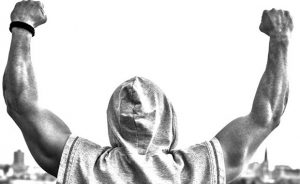 (Ps. You can develop the same habits to improve your own mental toughness.)
Travis Bradberry

Mental toughness is a choice and a discipline, not an innate quality bestowed upon the lucky. In this article, originally published on Linked In Pulse, Dr. Travis Bradberry shows you how to get tough.

We all reach critical points in our lives where our mental toughness is tested. It might be a toxic friend or colleague, a dead-end job, or a struggling relationship.

Whatever the challenge, you have to be strong, see things through a new lens and take decisive action if you want to move through it successfully.

It sounds easy. We all want good friends, good jobs and good relationships.

It’s hard to be mentally tough, especially when you feel stuck. The ability to break the mold and take a bold new direction requires that extra grit, daring and spunk that only the mentally toughest people have.

It’s fascinating how mentally tough people set themselves apart from the crowd. Where others see impenetrable barriers, they see challenges to overcome.

When Thomas Edison’s factory burned to the ground in 1914, destroying one-of-a-kind prototypes and causing $23 million in damage, Edison’s response was simple:

Thank goodness all our mistakes were burned up. Now we can start fresh again.

Edison’s reaction is the epitome of mental toughness—seeing opportunity and taking action when things look bleak.

There are habits you can develop to improve your mental toughness. In fact, the hallmarks of mentally tough people are actually strategies that you can begin using today.

Unlike your IQ, which is fixed, your EQ is a flexible skill that you can improve with understanding and effort. It’s no wonder that 90 percent of top performers have high EQs and people with high EQs earn $28,000 more annually (on average) than their low-EQ counterparts.

Unfortunately, EQ skills are in short supply. TalentSmart has tested more than a million people, and we’ve found that just 36 percent of these are able to accurately identify their emotions as they happen.

Mentally tough people subscribe to Ford’s notion that your mentality has a powerful effect on your ability to succeed. This notion isn’t just a motivational tool—it’s a fact. A recent study at the University of Melbourne showed that confident people went on to earn higher wages and get promoted more quickly than others did.

True confidence—as opposed to the false confidence people project to mask their insecurities—has a look all its own. Mentally tough people have an upper hand over the doubtful and the skittish because their confidence inspires others and helps them to make things happen.

Dealing with difficult people is frustrating and exhausting for most. Mentally tough people control their interactions with toxic people by keeping their feelings in check. When they need to confront a toxic person, they approach the situation rationally. They identify their emotions and don’t allow anger or frustration to fuel the chaos. They also consider the difficult person’s standpoint and are able to find common ground and solutions to problems. Even when things completely derail, mentally tough people are able to take the toxic person with a grain of salt to avoid letting him or her bring them down.

Mentally tough people are flexible and are constantly adapting. They know that fear of change is paralyzing and a major threat to their success and happiness. They look for change that is lurking just around the corner, and they form a plan of action should these changes occur.

Only when you embrace change can you find the good in it. You need to have an open mind and open arms if you’re going to recognize, and capitalize on, the opportunities that change creates.

Research conducted at the University of California in San Francisco showed that the more difficulty you have saying no, the more likely you are to experience stress, burnout and even depression. Mentally tough people know that saying no is healthy, and they have the self-esteem and foresight to make their no’s clear.

When it’s time to say no, mentally tough people avoid phrases such as “I don’t think I can” or “I’m not certain.” They say no with confidence because they know that saying no to a new commitment honors their existing commitments and gives them the opportunity to successfully fulfill them.

The mentally tough also know how to exert self-control by saying no to themselves. They delay gratification and avoid impulsive action that causes harm.

Mentally tough people know that, when all is said and done, they will lament the chances they didn’t take far more than they will their failures. Don’t be afraid to take risks.

It takes refined self-awareness to walk this tightrope between dwelling and remembering. Dwelling too long on your mistakes makes you anxious and gun shy, while forgetting about them completely makes you bound to repeat them. The key to balance lies in your ability to transform failures into nuggets of improvement. This creates the tendency to get right back up every time you fall down.

Mentally tough people embrace failure because they know that the road to success is paved with it. No one ever experienced true success without first embracing failure.

By revealing when you’re on the wrong path, your mistakes pave the way for you to succeed. The biggest breakthroughs typically come when you’re feeling the most frustrated and the most stuck. It’s this frustration that forces you to think differently, to look outside the box and to see the solution that you’ve been missing.

8. …yet they don’t dwell on mistakes.

Mentally tough people know that where you focus your attention determines your emotional state. When you fixate on the problems that you’re facing, you create and prolong negative emotions and stress, which hinders performance. When you focus on actions to better yourself and your circumstances, you create a sense of personal efficacy, which produces positive emotions and improves performance.

Mentally tough people distance themselves from their mistakes, but they do so without forgetting them. By keeping their mistakes at a safe distance, yet still handy enough to refer to, they are able to adapt and adjust for future success.

9. They won’t let anyone limit their joy…

When your sense of pleasure and satisfaction are derived from comparing yourself to others, you are no longer the master of your own happiness. When mentally tough people feel good about something they do, they won’t let anyone’s opinions or accomplishments take that away from them.

While it’s impossible to turn off your reactions to what others think of you, you don’t have to compare yourself to others, and you can always take people’s opinions with a grain of salt. Mentally tough people know that regardless of what people think of them at any particular moment, one thing is certain—they’re never as good or bad as people say they are.

Mentally tough people don’t pass judgment on others because they know that everyone has something to offer, and they don’t need to take other people down a notch in order to feel good about themselves.

Comparing yourself to other people is limiting. Jealousy and resentment suck the life right out of you; they’re massive energy-stealers. Mentally tough people don’t waste time or energy sizing people up and worrying about whether or not they measure up.

Instead of wasting your energy on jealousy, funnel that energy into appreciation. When you celebrate the success of other people, you both benefit.

A study conducted at the Eastern Ontario Research Institute found that people who exercised twice a week for 10 weeks felt more socially, intellectually and athletically competent. They also rated their body image and self-esteem higher. Best of all, rather than the physical changes in their bodies being responsible for the uptick in confidence, which is key to mental toughness, it was the immediate, endorphin-fueled positivity from exercise that made all the difference.

It’s difficult to overstate the importance of sleep to increasing your mental toughness. When you sleep, your brain removes toxic proteins, which are by-products of neural activity when you’re awake. Unfortunately, your brain can remove them adequately only while you’re asleep, so when you don’t get enough sleep, the toxic proteins remain in your brain cells, wreaking havoc by impairing your ability to think—something no amount of caffeine can fix.

Mentally tough people know that their self-control, focus and memory are all reduced when they don’t get enough—or the right kind—of sleep, so they make quality sleep a top priority.

13. They limit their caffeine intake.

Drinking excessive amounts of caffeine triggers the release of adrenaline, the source of the fight-or-flight response. The fight-or-flight mechanism sidesteps rational thinking in favor of a faster response to ensure survival. This is great when a bear is chasing you but not so great when life throws you a curve.

When caffeine puts your brain and body into this hyper-aroused state of stress, your emotions overrun your behavior. Caffeine’s long half-life ensures you stay this way as it takes its sweet time working its way out of your body. Mentally tough people know that too much caffeine is trouble, and they don’t let it get the better of them.

14. They don’t wait for an apology to forgive.

Mentally tough people know that life goes a lot smoother once you let go of grudges and forgive even those who never said they were sorry. Grudges let negative events from your past ruin today’s happiness. Hate and anger are emotional parasites that destroy your joy in life.

The negative emotions that come with holding on to a grudge create a stress response in your body, and holding on to stress can have devastating consequences (both physically and mentally). When you forgive someone, it doesn’t condone their actions; it simply frees you from being their eternal victim.

Keep your eyes on the news for any length of time, and you’ll see that it’s just one endless cycle of war, violent attacks, fragile economies, failing companies and environmental disasters. It’s easy to think the world is headed downhill fast.

And who knows? Maybe it is. But mentally tough people don’t worry about that because they don’t get caught up in things they can’t control. Instead of trying to start a revolution overnight, they focus their energy on directing the two things that are completely within their power—their attention and their effort.

Mental toughness is not an innate quality bestowed upon a select few. It can be achieved and enjoyed. 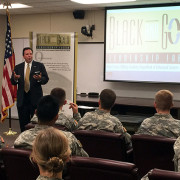 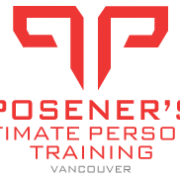 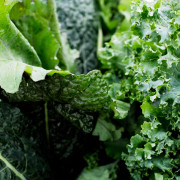 Benefits of Leafy Greens in your Diet for Personal Training Vancouver 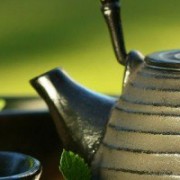 Green Tea – Praise for its Polyphenols for Personal Training Vancouver 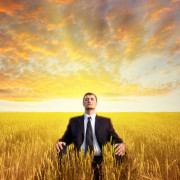