Excerpted from The End of Dieting: How to Live for Life* by Joel Fuhrman, MD. © 2014 HarperOne, reprinted by permission. Everybody can do this, and here’s the plan. But remember: These are just general guidelines; you don’t have to follow them precisely. For example, you can go above or below the general serving recommendations depending on your height and degree of physical activity or exercise. A world-class athlete may need triple the calories of a sedentary office worker. To call yourself a nutritarian, follow these six basic guidelines:

1. Eat a large salad every day as your main dish. 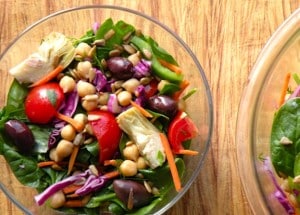 This salad should include lettuce, tomatoes, shredded onion, and at least one shredded raw cruciferous vegetable, such as chopped kale, red cabbage, nappa cabbage, arugula, watercress, or baby bok choy.

Add a healthy dressing (one that is nut and seed based). I usually make a huge salad, share it with family members, and have enough left over for later in the day or the next day. Remember, for superior health, the green salad is the main dish, not the side dish.

2. Eat at least a half cup, but preferably closer to 1 cup, of beans a day. 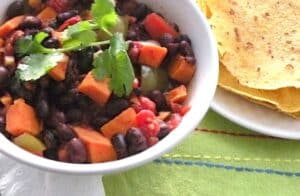 This means eating a bean burger, a bean loaf, or a veggie-bean soup or putting beans on your salad or in a stew or chili in the evening. In our household, we almost always make a giant pot of veggie bean soup once a week. After eating the soup that day, I portion it into eight containers and refrigerate or freeze it so I can take it to work with me or use it when I need it. Quick tip: Use some of the soup you made as a unique salad dressing base by adding some flavored vinegar and nuts. Blend in a high-powered blender until smooth. 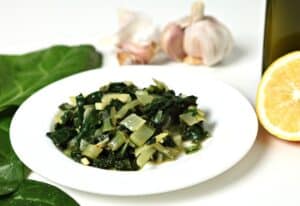 This means a bowl of asparagus, chopped kale with a delicious mushroom/onion sauce, green beans, steamed zucchini, bok choy, artichokes, cabbage, or collard greens. Don’t overcook greens; thirteen minutes of steaming is plenty. The longer you cook them, the more micronutrients you burn off, which wastes the effects of phytochemicals. Green vegetables need to be fully chewed (to the consistency of nearly liquid in your mouth) for you to fully benefit from their anticancer phytonutrients. 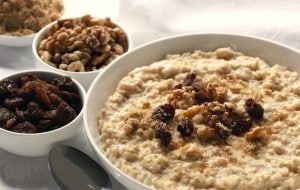 Remember, don’t use nuts and seeds as snacks. They are the healthiest way to take in fat with meals and demonstrate a powerful effect on extending the human lifespan. The fat from nuts and seeds, when eaten with vegetables, increases the phytochemical absorption from those veggies. That’s why I typically recommend that nuts and seeds be part of your salad dressing, too. Also, at least half of this intake should be from walnuts, hemp seeds, chia seeds, flaxseeds, and sesame seeds because they have unique protective properties, such as lignans and omega-3 fatty acids.

Eating 3 to 4 ounces of nuts and seeds a day isn’t too much if you’re active and slim. There’s no problem with eating even more than 4 ounces of nuts and seeds per day if you’re an avid exerciser or athlete who needs the calories. I have worked with professional football players and Olympic skiers who follow this diet style; obviously, they need lots more seeds and nuts, and other food too.

Eat nuts and seeds raw, or just lightly toasted, because the roasting process alters their beneficial fats. Commercially packaged nuts and seeds are also frequently cooked in oil and are heavily salted. If you want to add some flavor, lightly toast seeds and nuts in a toaster oven on one low toasting cycle. This doesn’t deplete their beneficial properties. Don’t toast to the point of dark browning, however, as this can cause carcinogenic compounds called acrylamides to be formed. You can also bake them in a 250˚F oven for about fifteen minutes, or until very lightly browned.

5. Eat mushrooms and onions every day. 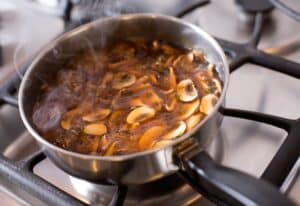 Both mushrooms and onions have powerful anticancer benefits. Mushrooms are better eaten cooked because some mushrooms contain a mild carcinogen called agaritine. It is gassed off during cooking.

Only the Agaricus genus of mushrooms—which includes the common white, brown, button, cremini, and portobello mushrooms—contains agaritine. Shiitake, chanterelle, enoki, morel, oyster, and straw mushrooms belong to different genera that don’t contain agaritine. But they should also be cooked to reduce the risk of any potential contamination with microbes.

It’s still not entirely clear whether agaritine is a health risk, but play it safe and cook most of your mushrooms with your other vegetables, or water-sauté them in a wok or other pan. Keep a container of cooked mushrooms in your fridge to add to salads and vegetable dishes regularly. 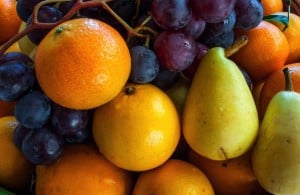 Fresh fruits aren’t just nutritious and delicious, they also protect against disease. The phytochemicals in fruits have anticancer effects, and berries have even been shown to protect the brain from dementia in later life. Try to eat one serving of berries or pomegranate a day as part of your total fruit intake.

When eaten with a meal, vegetables dilute and slow your body’s absorption of glucose and fructose, so it’s best to eat fruit as part of your vegetable-based meal, either mixed in with your salad or as a dessert. If you’re physically active, you can certainly eat more than three fruits a day, but it’s still best to avoid fruit juice and too much dried fruit, such as dates, raisins, figs, and prunes, because they are calorically dense and could elevate your blood sugar if you eat them in large amounts.

When making a recipe or dessert that contains dried fruit for flavor and sweetness, limit the amount to 2 tablespoons per serving. That means one Medjool date or two Deglet Noor dates per dessert serving; otherwise, you could be consuming too much simple sugar.

That’s it. Six simple guidelines to follow. That’s not so difficult to do, is it? Can you imagine what would happen if everyone in the United States followed these guidelines?

Nutritarian Daily Checklist (Make copies of this chart and check off each point each day.

Visit Joel Fuhrman on the web at Dr. Fuhrman. 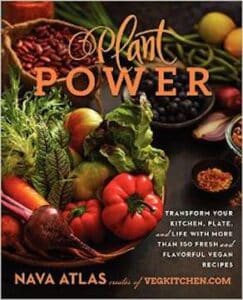